Christmas! We all like it, even those most cynical and grouchy - the ones most difficult amongst us typically can’t help but feel a little bit more jolly during the holiday season. 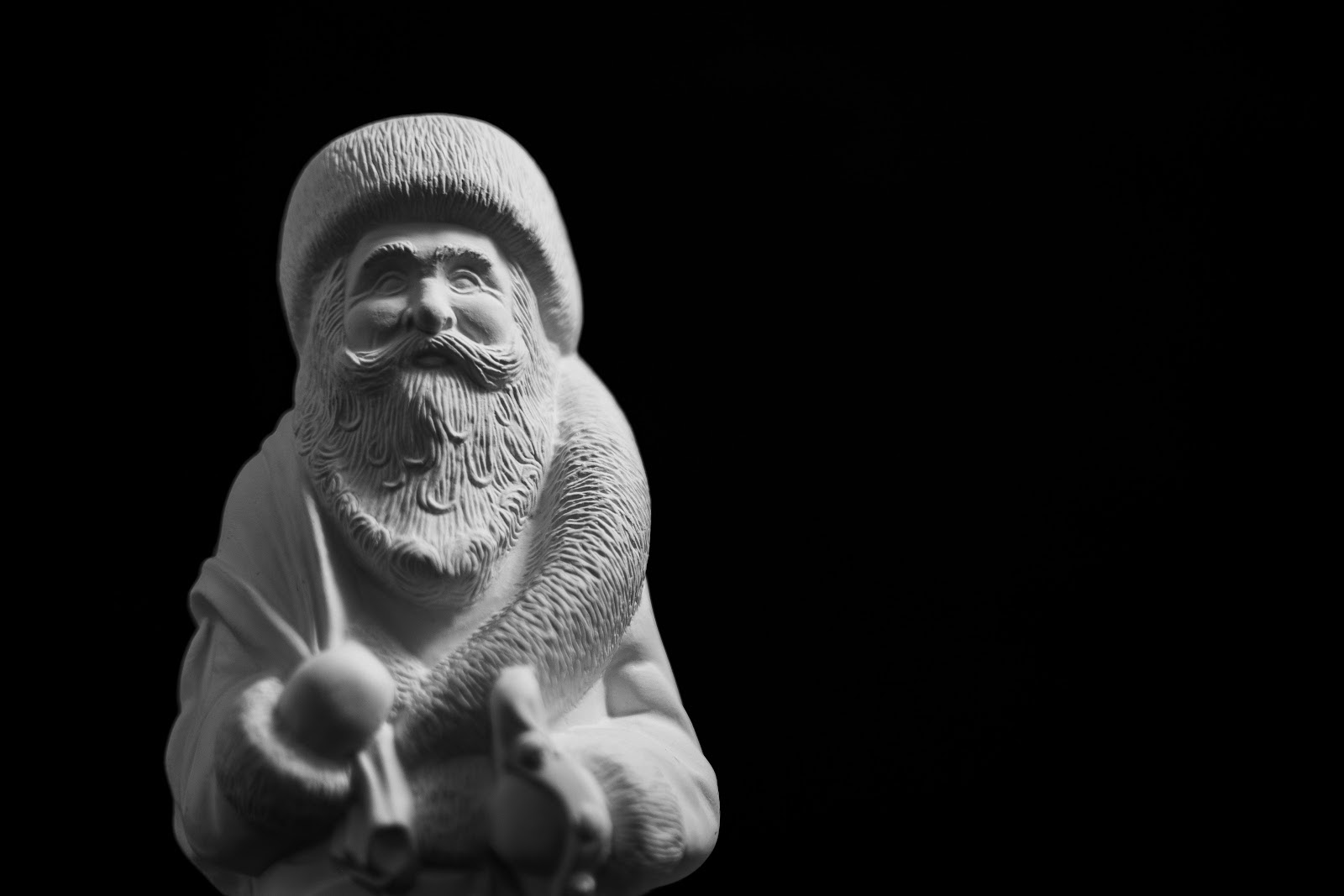 Christmas is a global phenomenon celebrated by many regardless of their cultural background. How did we go from a religious celebration to a global party?

Whatever your manner of celebration may be, the impact and ensuing footprint of Christmas is inarguably unparalleled. It is nearly impossible to find someone who has grown up in modern society and has no inkling of Christmas, the red-nose reindeer, gift giving, elves and most famously, Santa Claus.

Whether it’s warm or cold, Christmas is associated with one person - Santa Claus. He could be in bermudas on Christmas cards in Australia or on a sleigh pulled by reindeers on advent calendars in Germany, this big bellied man is a prominent figure of Christmas.

Though Santa Claus is a pet name for Saint Nicholas, does his representation in modern society live up to the true depiction of him? Saint Nicholas was a Bishop who was canonised later on and became one of the most renowned saints in Christianity. He was heavily looked up to in Europe, specifically the Netherlands where he is depicted as a Bishop on a horse who pays a visit to children at night during the period of  ‘Sinterklaas’ to leave gifts at their doorsteps. In return, children would fill their clogs with carrots for the horse. This is quite the contrary to today’s big bellied man with his reindeers or cookies and milk as gratitude. 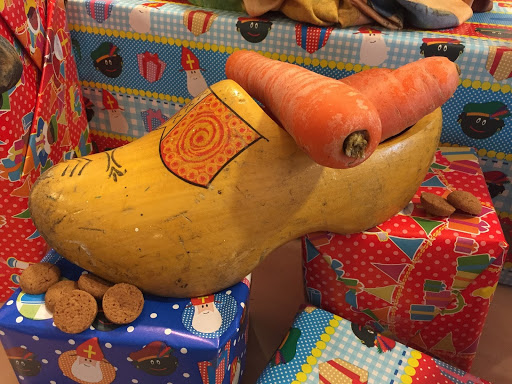 It is unsurprising that traditions travel and before you know it, an embellished Sinterklaas crossed the Atlantic to New Amsterdam (today’s NYC) in 1664. It spread across the country like wildfire and was widely known as Santa Claus.

Fast forward to the American Civil War, famous cartoonist Thomas Nast put together most of today’s modernised Santa, bringing gifts to troops at war. This lifted the spirits of troops and was widely accepted by everyone even years after the war as a Christmas spirit boost. 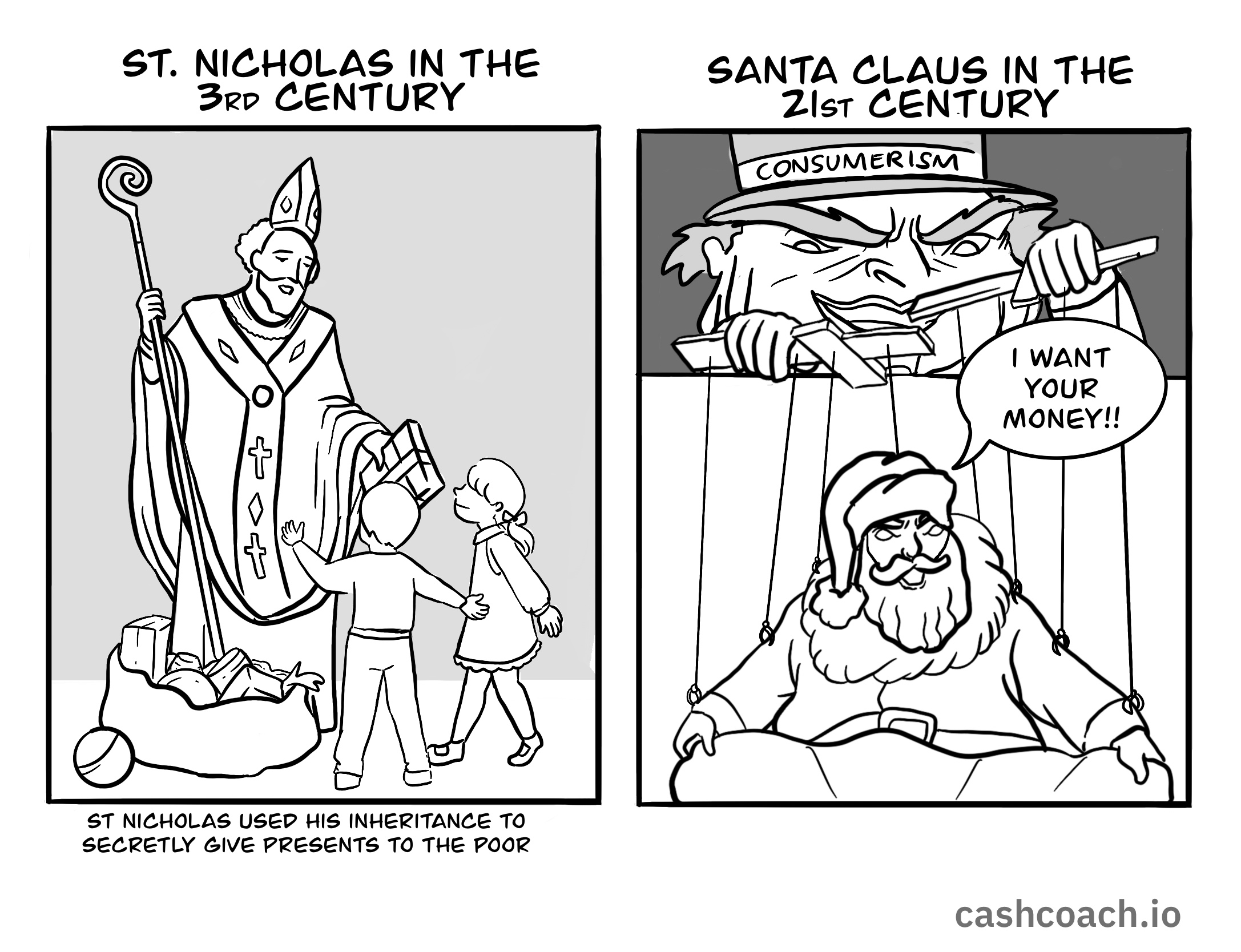 Contrary to popular belief, Nast was responsible for associating Santa to the colour red, not Coca-Cola. However, Coca-Cola took charge of the fad and used this as their magical marketing tool. Coca-Cola took it upon themselves to heavily popularise Santa Claus as early as the 1920s. This popular symbolism spread quickly across the globe. Besides Santa and Coca-Cola, the now-ubiquitous Christmas cards started around 1920 as an effort to boost card sales and Rudolph the Red-Nosed Reindeer was created by department store, Montgomery Ward.

Christmas Has Become a Commercial Festival 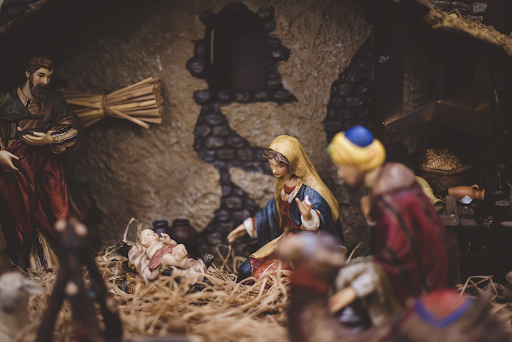 Christmas in essence is a religious holiday celebrating the birth of Jesus Christ. However, Christmas has morphed into an almost unrecognisable entity. A study found 1 in 5 Britons did not know Christ was born on Christmas, suggesting Christmas has indeed become a fundamentally secular holiday for the majority of the population.

It is undeniable that the act of gift giving, thinking of others and showing our appreciation for the people who surround us are great acts of kindness. However, acts of kindness do not need to cost you hundreds of dollars and should most definitely not cost you your financial wellness.

Christmas spending has been continuously increasing over the past decade, but things might change with the pandemic.

American Express expects the trend to go on like this in 2020 too. According to their consumer spending data released in Nov 2020, Britons will be spending more on gifts, clothes and festive decorations this Christmas in comparison to 2019. 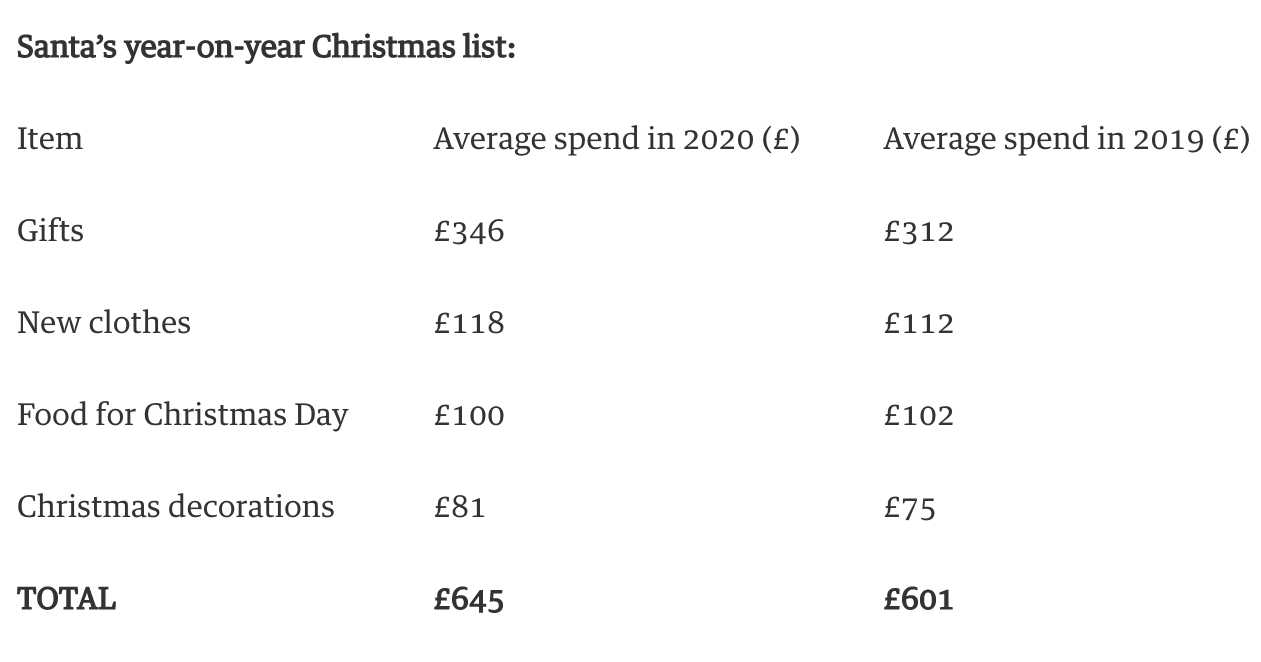 Whether it’s a 7%  decrease or 10%  increase this Christmas on gifts, the pandemic and retrenchment has not crippled Christmas plans.

Is There a Generational Divide in Spending?

According to Finder, Gen Z is the most likely to spend less this year (67%) followed by Millennials (61%).  This comes as no surprise as the ONS has reported the jobless rate for the under-25s stood at 14.6%.

The NRF says holiday sales in the months of November & December in the last five years make up about 19% of total annual retail sales. 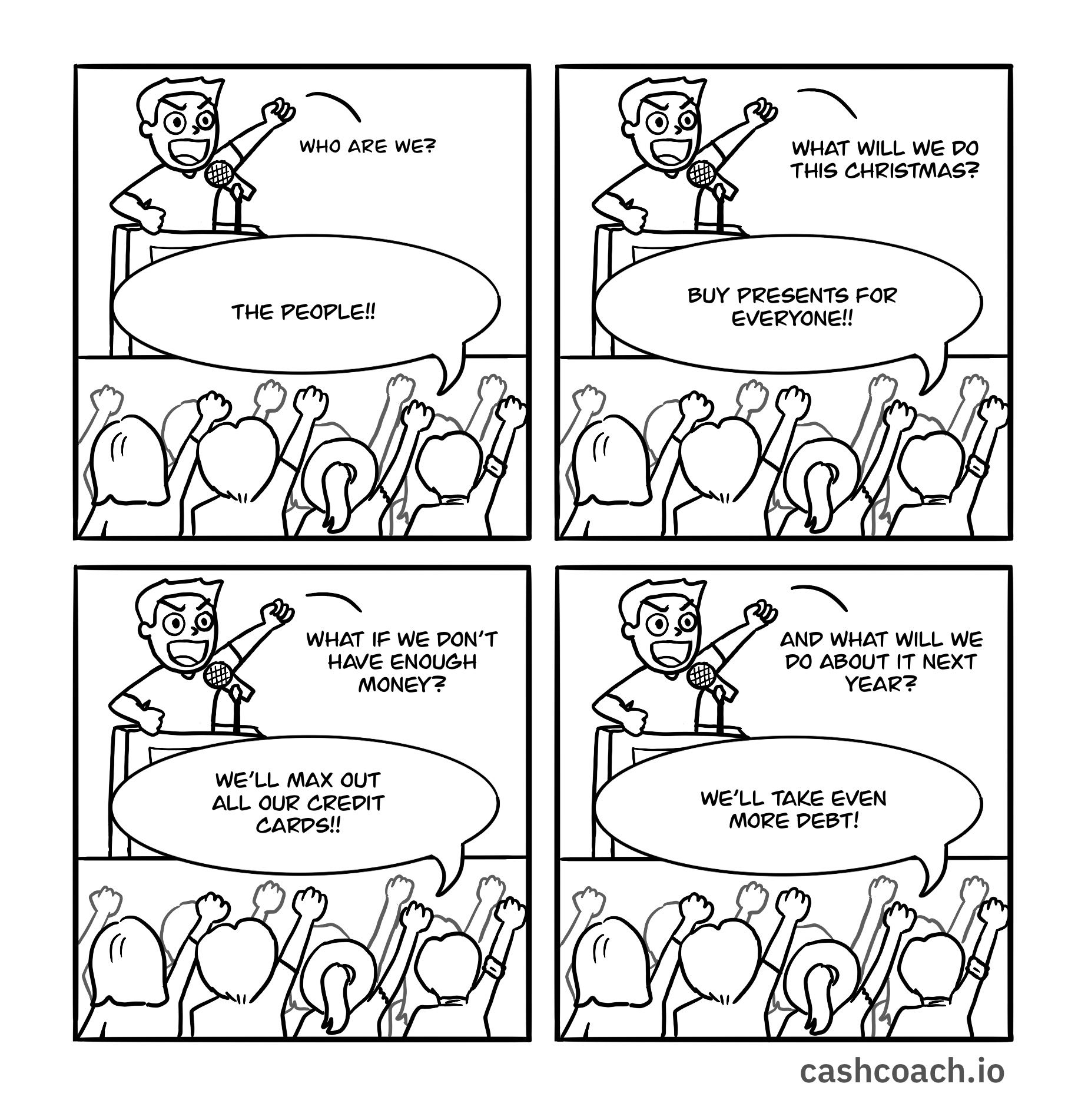 Just like everything in life, there is always an ugly side to things. The ugly side to this festivity is the financial debt it brings upon a lot of consumers. Unfortunately, people spend money they do not actually have to afford things they can only dream of paying for in cash. Credit cards are used carelessly every holiday season, and if there’s one gift 2020 has in-store for consumers this Christmas, it will be debt.

New research has shown 2.7 million people in the UK are still paying off debt from Christmas 2019.  This season will most definitely bring forth the Ghost of Christmas past: debt.

Buy Now, Pay Later (BNPL) schemes have been on the rise. Many people do not consider BNPL schemes as ‘real debt.’ Just like credit cards, BNPL gives people a false sense of security, deluding people into spending more than they usually would. As a result, almost inevitably, people miss payment(s). Consumers incur fees and credit score implications whilst struggling to pay back everything e.g. credit cards, overdraft fees and loans.

A survey conducted in 2019 for StepChange Debt Charity revealed, 59% of the people expected to accumulate holiday debt were looking to spend on gifts for friends and family.

Have you ever wondered why we spend on gifts for our family and friends? I have one of many reasons for you. According to Darwin’s theory of natural selection, fitness is defined as how much an individual contributes to the next generation’s gene pool. To put this into perspective, this is related to how many healthy children you are able to produce and raise into adulthood. As a result, people tend to spend more when it comes to their families. Thus, to promote the success of the entire family’s Darwinian fitness, people are most likely to spend on their immediate and close family to both support and promote the spread and success of their genes in generations to come.

When push comes to shove, an individual would be willing to spend more on close friends than distant relatives when one feels the support from a close friend is reassurance that your relationship is mutually beneficial. Thus, to strengthen the bond, one would not hesitate to spend more on their gifts.

If you are looking to understand the psychology behind gift giving in further detail, you will find your answer here. 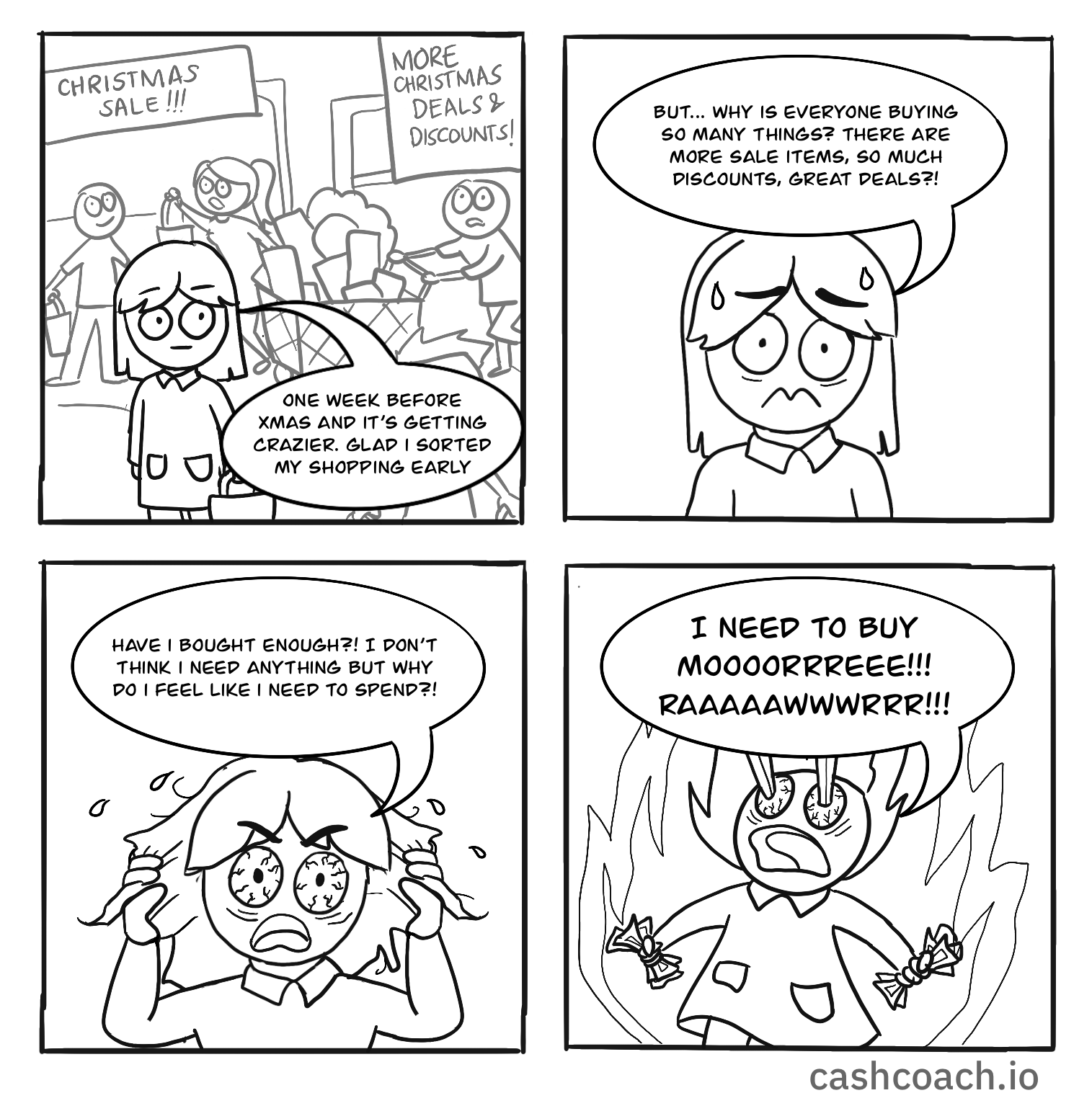 Social pressure is a global phenomenon. People feel pressured to spend more than they are comfortable doing, and as a result, overspend beyond their means. It is even worse if you are already financially distressed or over-indebted. Financially distressed refers to a person who is struggling to keep up with financial commitments whilst over-indebted relates to an individual who is three or more months behind on their financial commitments.

According to a 2019 YouGov poll, 58% of over-indebted and 54% of financially distressed Britons said they would probably spend more than they should over Christmas. Both groups (49% to 43%) believe this will further damage their finances and more alarmingly, two in ten (20% to 19%) believe their finances will never get back in the black.

Cash-strapped Britons will not cancel Christmas. 61% of financially distressed and 67% of over-indebted Brits don’t consider forgoing Christmas an option. This further emphasises the fact they believe their financial damage is irreversible.

A 2020 survey by Creditcards.com states millennials (46%) were the most willing to go into debt this holiday season. Furthermore, 53% of millennial cardholders would willingly accumulate debt for the sake of the holiday season.

The truth is millennials should fear debt as much as climate change. A 2019 report on Canadian millennials by Credit Karma noted 62% of millennials would accumulate more than $500 in debt over Christmas. To put that into perspective, as a millennial you would have a better chance of betting your $500 over a coin flip than going through the Christmas season. Take a moment to think about that.

Covid-19 has caused rapid debt accumulation on both a micro and macro level. Frankly speaking, taking on more debt is the last thing most of us need as the data proves.

You worked hard to earn your money, so spend it wisely to please your friends and relatives rather than the consumerism machine. The best gifts are not necessarily the most expensive.

And if you want some inspiration, checkout these 6 gifts that will increase either the net worth or productivity of your relatives and friends!

Tis’ the Season to Save Money and a Very Wealthy New Year!